The Canadian Union of Skilled Workers (CUSW) has a long history of standing up for workers, protecting their rights, and making safe working conditions and good pay and benefits a priority.  For workers looking to join a union, CUSW is the number one choice.

CUSW is a proudly independent, democratic union based on membership engagement, fairness and participation from the ground up.  The values that CUSW members have always fought for and won in the workplace are what they experience within their union every single day.

The first meeting of the Canadian Union fo Skilled Workers took place on January 16th, 1999. A lot has changed since then! We were a small group of 300 members and we're now almost 4000. Take a look at our founding minutes to see how far we've come.
View minutes

Formerly a local of the International Brotherhood of Electrical Workers (IBEW), skilled workers in Ontario wanted to create a different approach to being in a union and build their own path.  They wanted to create something new and bold, and after years of hard work, the Canadian Union of Skilled Workers was born in February 1999 at Hamilton, Ontario.

Unions at the time focused on the industries of the past.  CUSW wanted a strong union for the future, one where innovation, knowledge, and new skills, and the creation of jobs in exciting, modern industries, would be welcomed.

The founders of CUSW made democratic values and community outreach a priority, with a new constitution and strategic plan that would guide the union and its membership to break new ground and adopt new ways of doing things.

Many of the pioneers who gave so much to establish CUSW over twenty years ago are still involved today.  It's a testament to the strength of our union and the vigilance of our membership that keeps CUSW going strong well into the future.

It’s been a very successful two decades, and CUSW has established itself as the best decision for skilled workers wanting to join a labour union in Canada.

Our Values and Beliefs

The Canadian Union of Skilled Workers is an organization built from the bottom up.  Concepts like democracy, membership participation, respect, diversity and fairness aren’t just punchlines.  They are values built into the very fibre and core of our union.

First, members aren’t just “dues payers.”  They’re active participants in directing the future of their union.  That’s why CUSW is structured on the principle of democratic accountability by its leadership to rank and file members throughout the union.

Secondly, there aren’t any “bosses” in the CUSW.  There are elected officials chosen from – and by – the membership.  Our union responds to the needs and demands of the membership.  The rank and file direct the leadership, not the other way around.  That’s the way unions should be, and CUSW is proud of its democratic traditions.

CUSW believes that diversity is a strength.  Our members across Canada come from a broad array of cultures from all over the world.  Our union wouldn’t have it any other way.  CUSW brings together the best of all worlds, and is as diverse as the communities where our members live and work.

CUSW is also very proud to have more women joining the skilled trades.  For far too long, women have been overlooked in the trades by employers, and to their own detriment, even some unions.  Not so in the CUSW.  Our union makes space for women to join and participate in our organization’s future.  We actively recruit women and others from equity-seeking groups to join CUSW and benefit from a career in the skilled trades.

Especially in provinces as diverse as Ontario, CUSW also recognizes that workers’ rights are human rights, and no one should have to suffer from discrimination based on race, gender, religion, language, economic background, sexual orientation or origin.  It has no place in any workplace or organization.  Equity and fairness are principles that are fully engrained in our union’s progressive constitution and organizational structures.

CUSW also recognises that safe and healthy workplaces should be a way of life.  Every worker in Ontario and throughout Canada who becomes injured, gets sick or even killed on the job is one worker too many, and our union believes that workplace safety is everyone’s responsibility.  CUSW sisters and brothers make it a priority to protect each other at work. 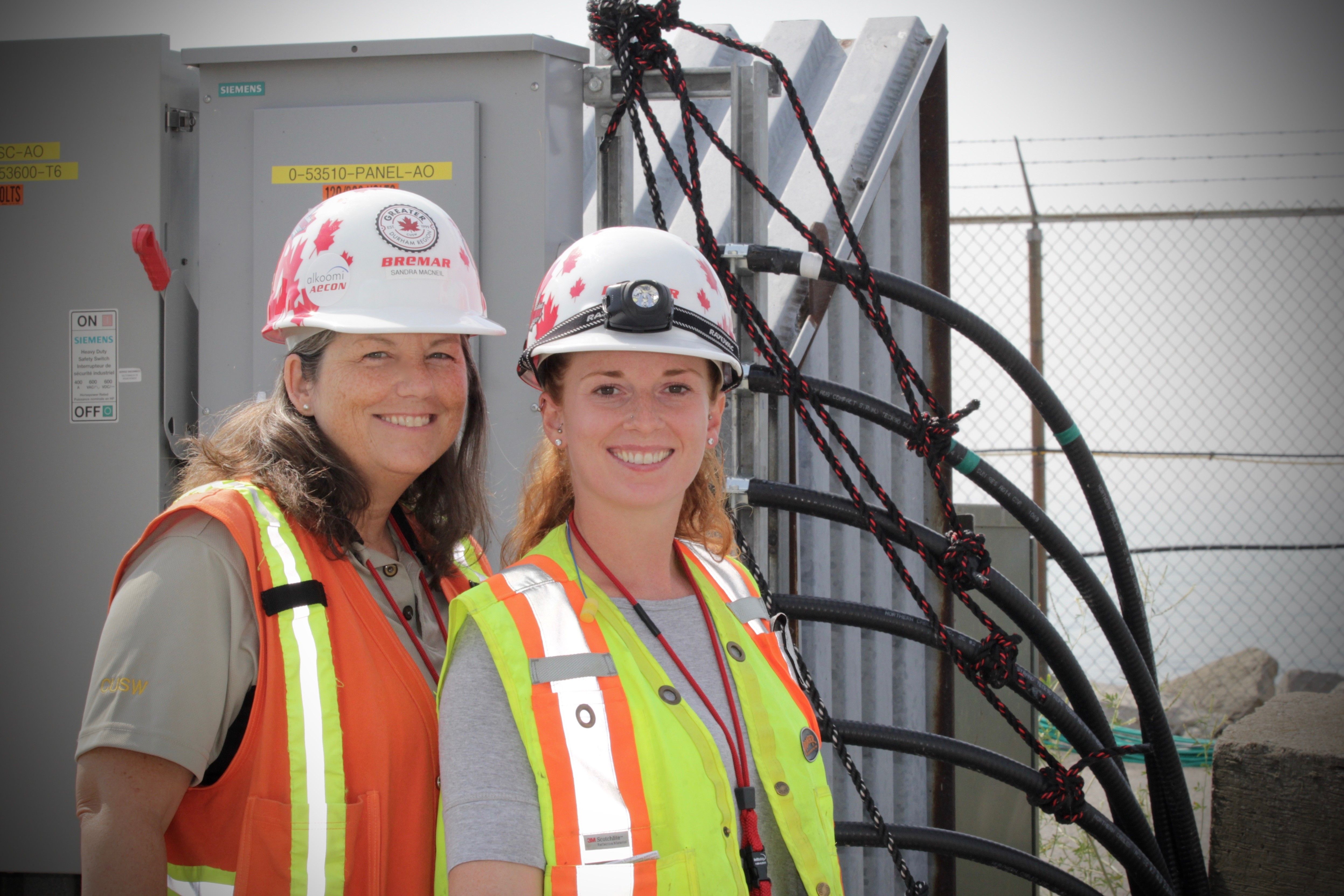 Our union isn’t an island onto itself.  CUSW recognizes that unions have a major role in nurturing a free and democratic society.  That’s why our union encourages elected officials at both the provincial and federal levels to pass progressive legislation that protects our universal health care system, public schools, natural environment, improves wages, benefits and working conditions for all workers, fights for equality, and creates a Canada where everyone can succeed, and no one is left behind.

The values of democracy, fairness and respect that we practice each and every day in our union is what we want to see for everyone throughout the country, and for all workers around the world.

Although proud of our history, CUSW is a union of the future.  The economy is everchanging, and unions must adapt with it.  Sometimes change is difficult, but being a member of a union like CUSW, it doesn’t have to be.

CUSW is responding to the fluctuating world of work and taking on the challenges of the global economy.  CUSW members are knowledge workers who understand that the economy and the workforce is always in transition.

When workers join a union like CUSW, they are prepared for change and the possibility of doing things in new ways.  Having a multitude of blended skills sets for CUSW members is a strength, and instead of waiting for things to happen, our union employs the tools to train workers for the economy of the 21st century.

Some of the jobs skilled workers perform today may not even exist twenty years from now.  That’s why CUSW is committed to the principle of lifelong learning and skills upgrading.  Members are encouraged to take on training, to innovate their skillsets and contribute to new knowledge.

The CUSW Training Trust Fund (open in new window) is something we’re very proud of.  It’s a unique program for CUSW members to enhance their skills – and careers.  Members can individually decide on what types of skills they want and create their own path.  Members can be reimbursed for 75% of their course fees (up to $500), and there’s no limit on how many times they can use the Fund.

CUSW acknowledges that many of the old ways of the mid-20th century economy just aren’t feasible.  Workers of value are always innovating, just like our union.  As our members always like to say: “We’re not like any other union.  We’re CUSW.”

If you know a business or workplace ready to partner with CUSW, let us know today!